Today we started a new series called The Invitation. For the next few weeks we will talk about the most important invitation we can give; the invitation to follow Jesus.

We kicked off the series, this morning, with something very radical that we had never attempted before.

No band. No sermon. No chairs in rows. Instead, people sat in circles of 4 with one of our Red Food bags in the middle. After a brief explanation (you can listen to the audio here) we sent our people out to meet our neighbors and give away their Red Food bag.

30 minutes later people began to return with some great stories.

Over the next 30 days the people of Connection Church will be praying the Invitation Declaration. I can’t wait to see what God does through His people as we step out in faithful obedience. 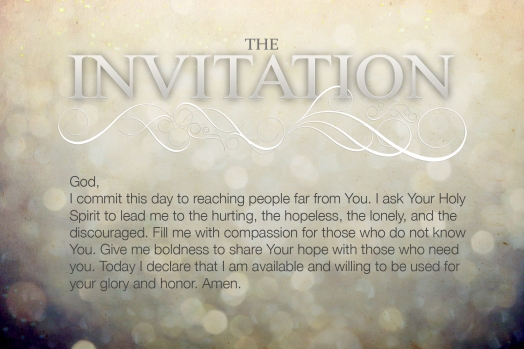